Today I woke up in a hammock onboard the Statsraad Lehmkuhl, docked in Suva, Fiji. Still jet lagged from my travels from Northern Norway, I awoke well before our 7:00 am scheduled wake up call. I ventured out onto the deck of this beautiful 1904 square rigged sailing barque. It was still dark and a few stars could be seen twinkling near the horizon. This was a special treat since I normally live 350 kilometers North of the arctic circle in Tromsø, the land of the midnight sun.

Slowly the sun began to rise, and with it the tropical heat. I knew we had a busy day ahead, and I was eager to start. Students, professors, and colleagues started to trickle up from below decks. We next had breakfast together on deck under the sun. We talked about the day’s plan. First, we were going to meet the border control officer to get our stamps for leaving Fiji later that afternoon, then a CHESS gang meeting was planned to go over some final logistics around the teaching schedule before leaving Suva, and after that we would help with loading new provisions onboard. And finally, we anticipated the moment that we had all been waiting for, we will leave the port and set sail for Samoa!

But things didn’t go as planned…

Things began to run afoul when the border control officers didn’t come at 8:00 am as planned. To accommodate this mix-up, we shifted our CHESS meeting forward. After that our provisions were delivered and it was time to transfer them from the deck down to storage on the lower deck of the ship. Hundreds of kilograms of food had to be moved. Boxes of fresh fruit and local vegetables, seemingly never-ending cartons of milk, eggs, flour, and the ever-essential pallets of Nutella. It was everything and more that we would need for the next three weeks of sailing. It would have been quite a feat to have to carry it all, one by one, but as the phrase goes; ‘many hands make light work’. We lined up to form an intertwining chain of people and simply passed the packages from person to person until they made it to the storage room below.

After the provisions were stored away, we got the unfortunate news. A case of covid-19 was detected onboard. The individual was quickly quarantined in the ship’s hospital, but with one detected occurrence of covid-19 all our plans were now up in the air. Quickly one case turned into two and in anticipation of further spread all close contacts of the unfortunate two were now also sent into quarantine. It wasn’t clear how this virus would next effect our expedition and the mission of this majestic ship. Would we still be allowed to disembark for Samoa or would we be delayed? Would the border control officer ever come? We didn’t know.

After a seemingly never-ending amount of time the captain called us together to give us an update. We were informed that the Statsraad Lehmkuhl was not allowed to sail for at least seven days. In an instant, all our plans had changed. Instead of Samoa, we would now be piloted a few hundred meters from the port, to an anchorage in Suva Bay, where we would wait for seven days to pass. By the end of our first full day on board we went from just a handful of close contacts in quarantine to a full watch in isolation. Thankfully, everyone onboard took it in stride, trying to find a bright side to this unexpected challenge. So, what will we do over the next seven days? Try to stay healthy, start teaching, continue learning, and hopefully learn the essentials of sailing without wind or sail. And, with some luck, in seven days we will be ready to sail the blue Pacific! 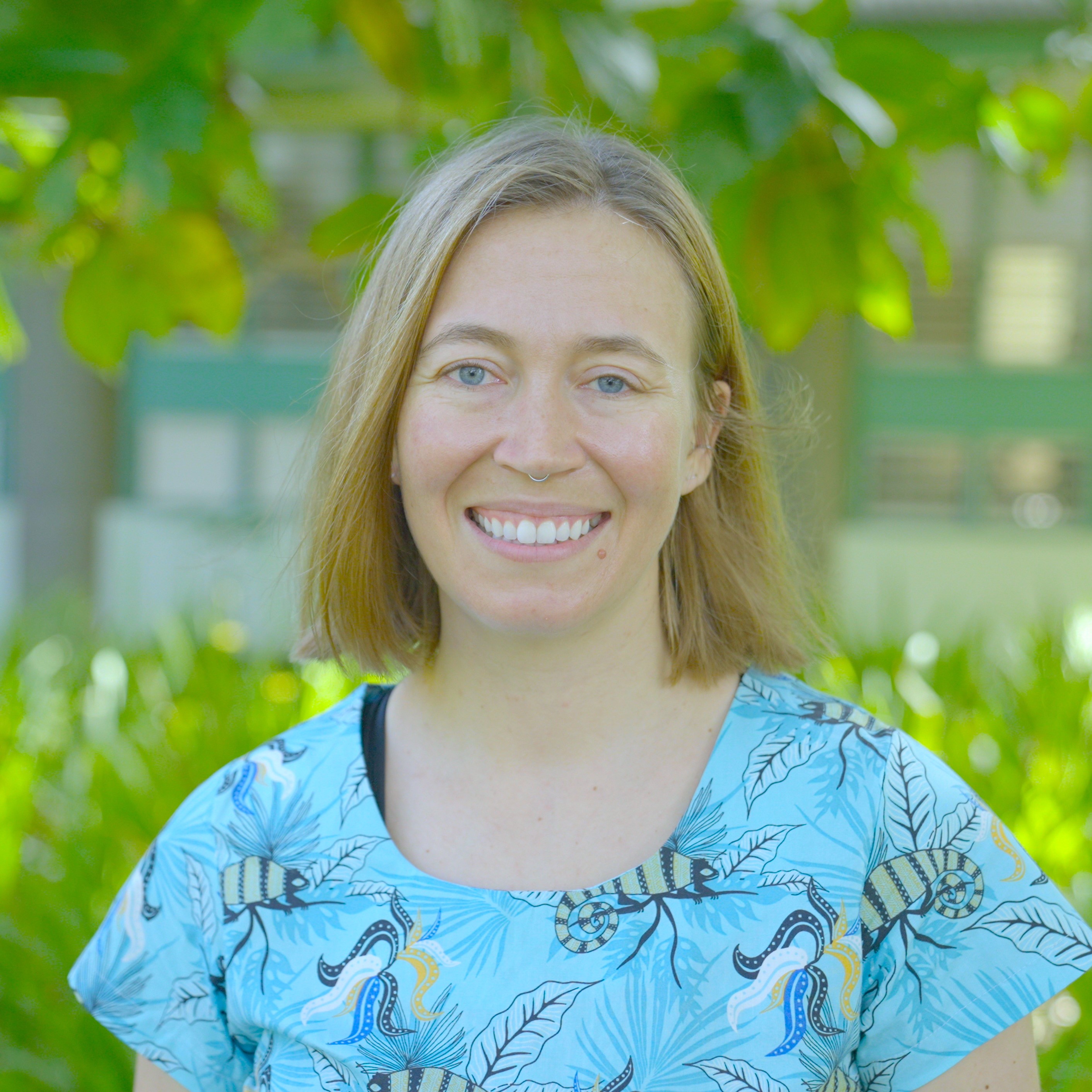 Bula! I’m Emma Vogel, a PhD student from Washington D.C. studying in the Department of Arctic and Marine Biology at the University of Tromsø. My research focuses on understanding the influence different drivers have on top-predator behaviours using various tracking and biologging techniques. I am particularly interested in how local fisheries influence the foraging behaviours of whales.