Understanding climate for the benefit of society

At the Bjerknes Centre for Climate Research we use observations, models and theory to study past, present and future climates.

We have leading expertise within climate understanding, climate modeling, predictions and scenarios for climate changes and quantification of climate changes.

The Bjerknes Centre for Climate Research is a research collaboration on the Earths climate system.

All our researchers are affiliated with one of our four partner institutions:

Come join us in Bergen!
Vacant positions connected to BCCR research at one of our partner institutions are listed here.

The Bjerknes administration and key personell are located at the Geophysical Institute at the University of Bergen campus.

Find lists of the Scientific Advisory Council, the leader group and the Board here

We are located in a historical building, and named in honour of the visionary scientists Vilhelm and Jacob Bjerknes.

Our history is written in the annual report archive 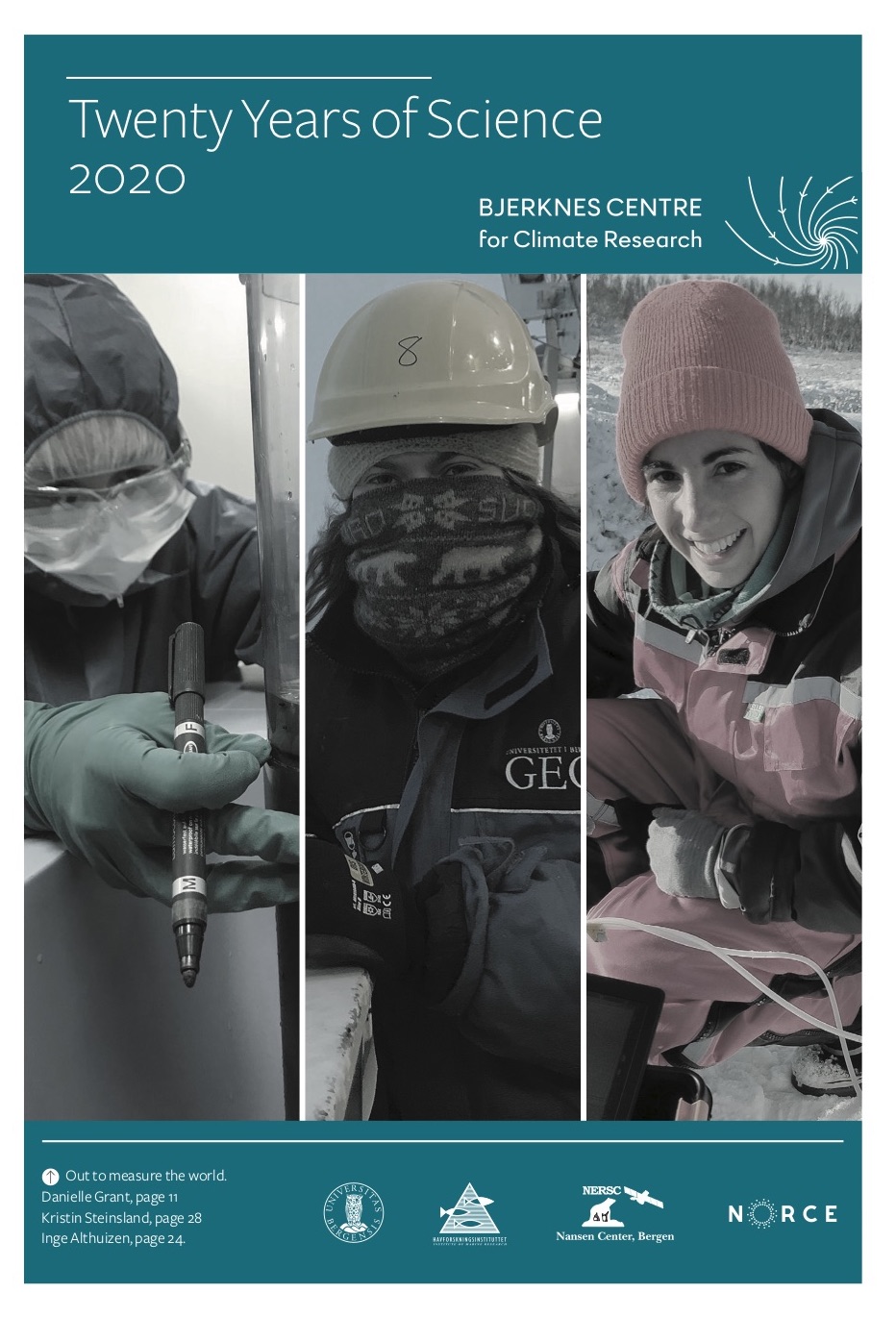 It is slightly more than 100 years since Vilhelm Bjerknes established the Bergen School of Meteorology, supervising his son Jacob and many others in an admirable effort to understand the weather and motion of the atmosphere.

Since then, the atmospheric concentration of CO2 has risen by over 100 parts per million, transforming the climate system with far-reaching consequences that will continue to affect generations to come.The Bjerknes Centre for Climate Research was established in June 2000, named after father and son Vilhelm and Jacob Bjerknes, who were true visionaries and pioneers in meteorology and climate.

Climate scientists from the University of Bergen, the Institute of Marine Research, and the Nansen Environmental and Remote Sensing Center joined forces to create common strategies, assemble new research groups, and develop projects under a strong branding.

Twenty years later, we are four partners, as NORCE has become a crucial climate research institution in Bergen.