“It’s a great honour to be a new member of the Scientific Council in the ERC, together with the foremost researchers in Europe, among them Nobel laureates,” says Eystein Jansen, Professor with the Institute of Earth Science at UiB and the Bjerknes Centre.

Jansen har a long line of merits from his research career. He was an author on the IPCC climate reports 4 and 5, a director of the Bjerknes Centre for Climate Research from the beginning in 2002 until 2013, and has experience from several international research programs. He has previously been in the ERC panel for Earth System Science.

As of July 1 this year, he is among the 22 members of the Scientific Council in the European Research Council. This is the group which prioritises within the ERC budget, which for 2019 consists of over 2 billion Euro for ambitious research projects.

The Scientific Council also define the ERC scientific strategy, and work to strengthen quality and the space for basic research within the EU research frameworks, Horizon 2020, and the upcoming Horizon Europe. 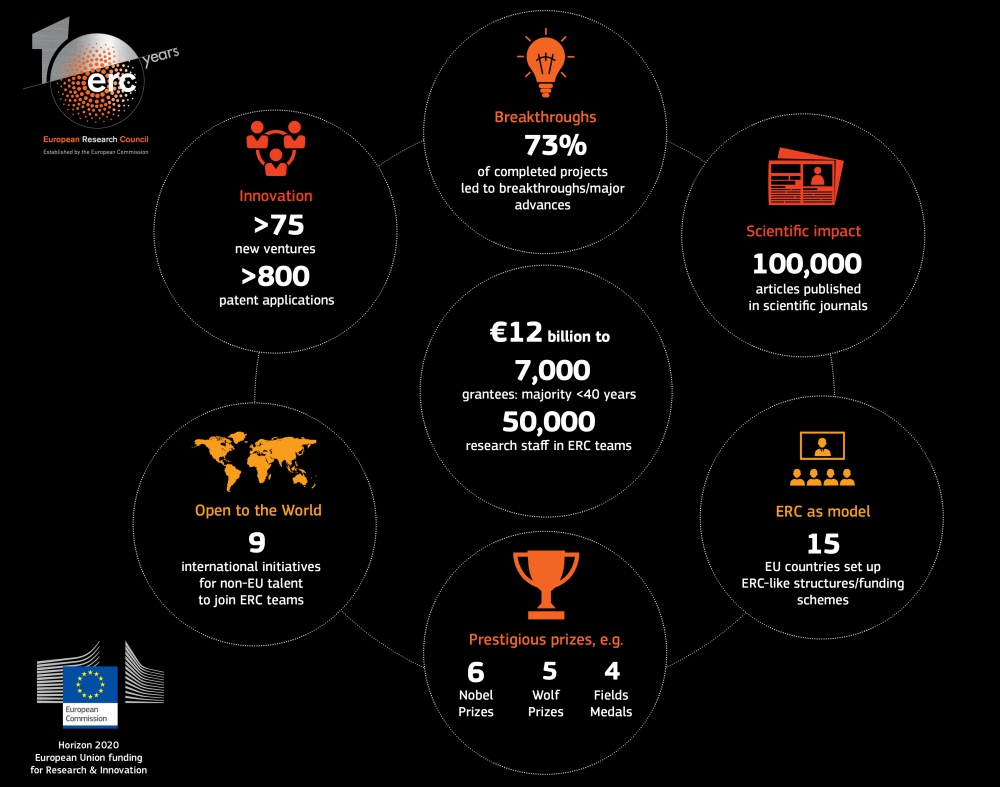 Since the beginning 12 years ago, ERC has reached a unique position in the world.

“ERC har been a great success, they’ve worked independently and has had an emphasis on top quality. Many say that the creation has led European research to a leading position in the world,” says Jansen

Research projects through the EU are typically larger undertakings, demanding greater resources and cooperation between institutions in several countries. At the Bjerknes Centre there are currently 12 large EU projects in order, where Bjerknes scientists are leading or participating.

Around 20 percent of ERC projects are grants for individual scientists and their ideas. This is a competitive field with high prestige. At the Bjerknes Centre eight scientists have received such allocations, likely the single academic community in Norway with the highest number of grants.

Eystein Jansen is one four leaders in the ERC Synergy Grant project ice2ice, which finishes August 2019. The projects have taken five years, with ERC funding of 5 million Euro to the scientists at the Bjerknes Centre, UiB and Norce. Around three percent of the Synergy Grant applications are successful, and ice2ice was the first granted to the Nordic countries.

Around 60 scientists from Bergen and Copenhagen has participated in groundbreaking research, on data from the Greenland ice sheet with sediment cores from the North Atlantic Ocean. The results are several new findings on the connection between the Arctic sea ice and the ice on Greenland.

“There is every reason to rejoice. This gives us access and impact on the ERC strategies and priorities, and will lift us higher into the European elite divisions.