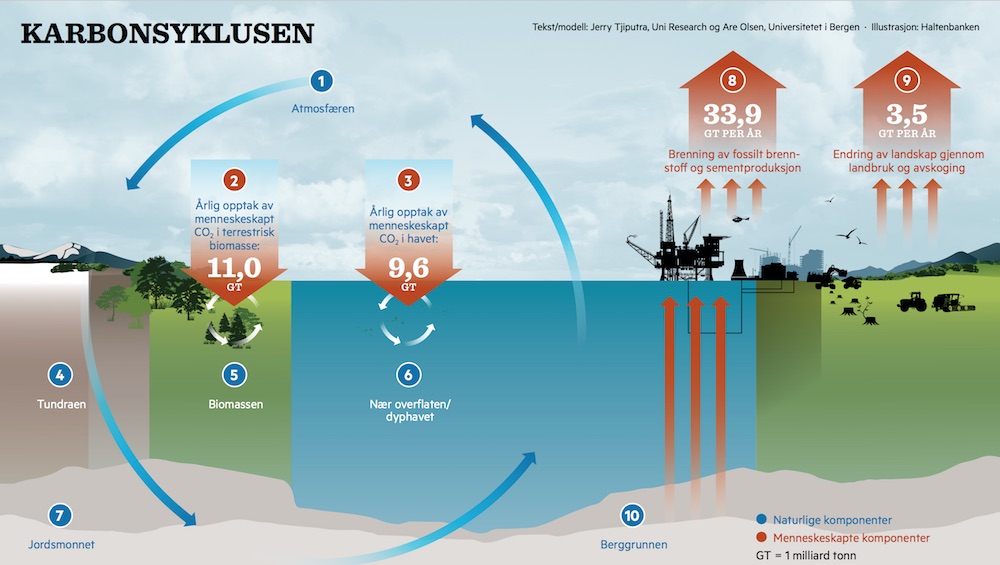 Biogeochemical processes are important in the global climate system and affect how much of man-made CO2-emissions are taken up by the ocean and land surface.

The Earth can be considered as a big chemical plant in which matter is redistributed among the different Earth system reservoirs. Within the field of biogeochemistry we study the flow of matter between atmosphere, ocean, land, sediments, and ice as a result of chemical, biological, and physical processes.

In order to make predictions about the reaction of the climate system in response to man-made CO2 emissions to the atmosphere, we try to find out more about the fate of this CO2 in the Earth system. For example we study how much of the CO2 emissions are taken up by the ocean and what the consequences of this may be.  In addition, other substances – such as the greenhouse gases CH4 and N2O - are climatically relevant as these also contribute to the greenhouse effect of the atmosphere or influence other climatic factors such as cloud formation.

Furthermore, biogeochemical tracers in the ocean are used in order to understand how the ocean circulation works in the present and how it has worked in the past. Biogeochemistry is a relatively young and quickly growing discipline as more and more direct links between the climate system and biogeochemical processes are identified.

The Research Group RG3 Biogeochemical Cycles at the Bjerknes Centre focuses on the following issues:

Biogeochemical component models are developed and run for the ocean and recently also for the land biosphere. These models are presently being coupled into the Bergen Climate Model and the emerging Norwegian Earth System Model NorESM.

LOES,  Low and overshot emission scenarios – from a high to a low carbon society. Leaders: Jörg Schwinger and Hanna Lee.