Marco van Hulten came to the Organic project and the GFI/ Bjerknes Centre in the beginning of March. He has a Ph.D. in oceanography, and did a post-doctoral at LSCE in France.

The main subject was trace element and isotope modelling in an ocean general circulation model, in relation with the GEOTRACES (www.geotraces.org) programme.

"At the Bjerknes Centre, and the GFI, I will work on the ocean carbon cycle, with the main focus on the coupling with the sediment.  This research is part of the ORGANIC project whose aim is to advance our understanding of the climate system, including the biogeochemical ocean cycles.  We will use NorESM for it, and develop and use methods to spin up the model for long-term simulations", Marco van Hulten says.

Welcome to Bergen and the Organic team!

September 2016 - Ingjald presents at the annual Science Day for youngsters

In September, Ingjald Pilskog presented a talk on the Organic project and the Ocean Conveyor Belt for a group of youngsters at the event especially targeted youngsters during the Science Days.

If you want to know how the climate will change during this century, you'll first have to run a climate model for thousands of years with no changes. Ingjald Pilskog explains why. Meet Ingjald in the Bjerknes Centre series "Meet our young researchers"

Check out his podcast here:

May 2016 - Visit from Professor Samar Khatiwala

In May, Samar Prakash Khatiwala visited the Bjerknes Centre for Climate Research with the main objective to enhance the collaboration works initiated under the NFR-ORGANIC project. Professor Khatiwala spent several hours each day during his visit implementing the Transport Matrix Method (TMM) to the offline HAMOCC model with Ingjald Pilskog. This is a critical preliminary step to building the acceleration method proposed in the project. By the end of his visit, we managed to extract the HAMOCC code from NorESM and coupled it with TMM. In the next step, Khatiwala and Pilskog will perform several basic experiments with the TMM-HAMOCC, while Pilskog will continue with implementing the Newton-Krylov method in Bergen.

In connection to this visitation a half-a-day mini-workshop was organized, titled ‘Anthropogenic carbon uptake and storage in the North Atlantic’. The workshop had six short talks presented by Bjerknes scientists from RG3, the Biogeochemistry research group at the Bjerknes Centre. Khatiwala also presented an extra talk for the weekly GFI-colloquium entitled ”Constraining ocean ventilation pathways and time scales with observations and models”.

Read more about the visit here.

Radioactive isotopes typically take four years to reach the Norwegian coast from Sellafield on the north-eastern coast of England. Researchers like Yongqi Gao follow the radioactive waste to understand how ocean currents are formed and to see where they flow.

CFC11_Animation from The Bjerknes Centre on Vimeo. 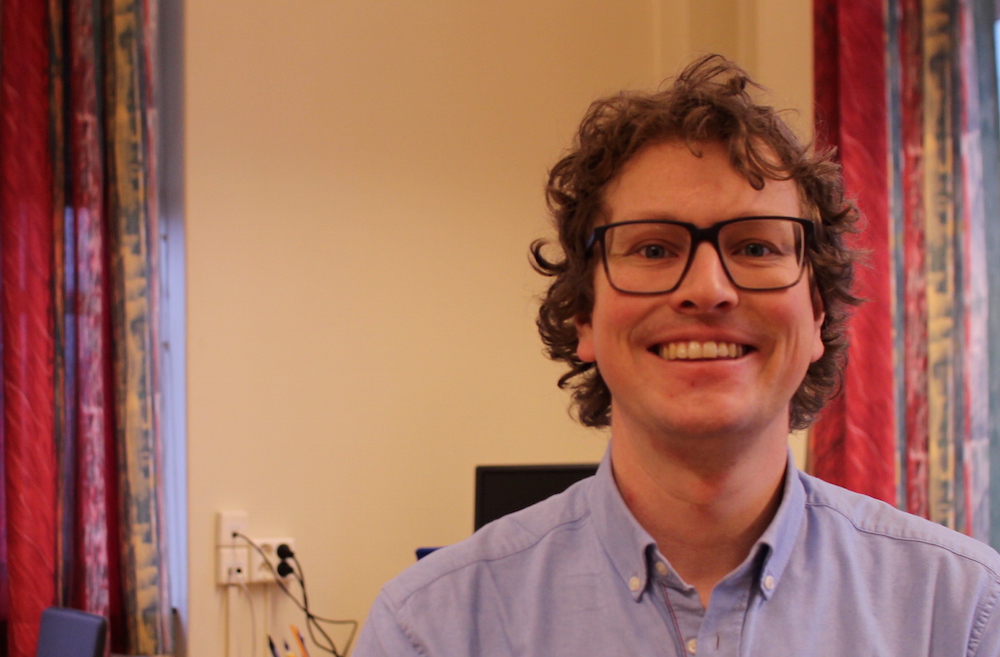 At January 1. Ingjald Pilskog started up his work at Uni Research and the Bjerknes Centre in the Organic project.  He will mainly be working on the carbon cycle in the NorESM, with numerical modelling.

”I am a Ph.D in atomic physics and physical chemistry, and had a postdoctoral fellowship in geophysics at VISTA, a collaboration between Statoil and Norwegian Academy of Science and Letters”, Ingjald says.

“I will work on the NorESM. This is a typical spin-up model.” A spin-up model is a model that needs to “get started” before it is ready to be used in theoretical experiments on the climate. The time for the model to get ready is called spin-up time. For ocean tracers, the spin-up time can be equivalent of several thousand years. This means that it is expensive to start the model for running experiments.

”I will use advanced numerical methods to reduce this spin-up time, and therefore reducing the cost of running the model and making it possible for other researchers to run more experiments.” he explains.

”But the challenge is to implement these methods in complex models such as the NorESM, without braking anything”.

Best whishes to Ingjald on his work, and welcome on the team.

Four model simulations based on different ocean component configurations and resolutions have been performed. The simulated mean Atlantic Meridional Overturning Circulation (AMOC) from all considered experiments generally capture the AMOC pattern known from the observational based estimates including surface Ekman cell in the upper 500m, intermediate cell down to 3500m driven by the North Atlantic Deep Water (NADW) and Antarctic Bottom Water (AABW) cell at the bottom. In all of the simulations the maxima of the AMOC is found between 30°N-40°N at 1000m depth, although its magnitude varies between 18 to 32Sv among the different simulations.

The simulated CFC-11 concentrations along the Atlantic from the 1° and 2° ocean simulations forced by data atmosphere are shown in the animation over. The simulated CFC-11 in the upper layers are generally underestimated in the north and south subtropical to subpolar regions, and overestimated in the deep layers in both the subpolar North Atlantic and close to the Antarctic continental shelf.  Nevertheless, it is clear that differences in the simulated overturning circulation from different model configurations could have significant and detectable impact on the distribution of interior ocean tracers. A more detailed analysis on the impact of ocean biogeochemical tracers is current underway.