Would you think that looking at a single leaf would have an effect on how you look at global climate?

Dr Hanna Lee, a researcher at Uni Research and  the Bjerknes Centre for Climate Resarch, looks at individual leaves and sees the important role they play in their surroundings and the way in which we decide to use our land.

She is part of an international group of researchers looking to answer some very big scientific questions about climate change.

From very big to very small

The questions are about the large-scale effects of climate change as well as the ways in which we can adapt our own ways to minimise some of these effects.

Answering these questions requires building an earth system model which takes into account all the processes that regulate the earth’s climate. Researchers across many fields work together to build such a system as it requires not only physics, but intimate knowledge of the biogeochemical processes within ecosystems and their interactions with each other.

These all seem like concepts that only work on a large scale, but they all depend on what happens on a surprisingly small, yet complex, scale.

A simple leaf, for instance, is part of many intricate processes. These may seem insignificant at first, but consider that a single leaf is but one of an incredible amount of leaves within a forest, or rolling fields of wheat. Together they have a significant influence on their surroundings.

Dr Lee’s project investigates these tiny processes and looks to create a more complex, realistic model to represent them. One such process is the nitrogen cycle of the leaf.

Previous earth system models included a simple approach to the leaf nitrogen cycle. In reality, the way that nitrogen is taken up by a leaf and released again is rather complex. A more dynamic representation is therefore much more accurate.

These improvements will strengthen the earth system model that is developed in part at the Bjerknes Centre. As Dr Lee explains, previous studies that include the nitrogen cycle showed that carbon-uptake on land is limited by nitrogen.

“As for nitrogen cycling, C4MIP synthesis showed that processes related to the carbon cycle on land has a large impact on the global carbon cycle, particularly under future climate change scenarios,” Dr. Lee says.

The way we use our space

The story of a leaf becomes very important when we think about the many ways in which we use our space on earth.

A large piece of land that used to be forest may be turned into a farm for wheat tomorrow, or a previously undisturbed area is developed and instead of leaves, there are now rows of windows. A farmer may decide to switch from cotton to sugar cane. These types of changes have long been studied and become increasingly important to quantify as we begin to understand climate change effects.

Dr Lee’s research in the CMIP6 investigation focusses on these aspects of land use and land use change, and falls under LUMIP, the Land Use Model Intercomparison Project.

Hanna Lee and her colleagues in Norway are working together to develop a new version of the earth system model NorESM. The research is part of a global collaboration, CMIP (Coupled Model Intercomparison Project), that uses predictions of past climate patterns to understand model predictions of future scenarios. Lee also participates in the H2020-project CRESCENDO, an european research project on a new generation of earth system models.

The bigger questions Dr Lee and her team in the EVA project want to answer concern the effects of land use change on the earth’s biogeochemical cycles, such as the global carbon cycle, and with this knowledge, to find ways that we can plan our land use in the future to minimise any climate change effects.

These questions are complex and enormous in scale, but they rely on understanding the small and seemingly unimportant processes that surround our daily lives. 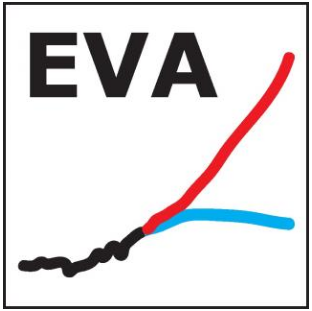