The dramatic decline in Arctic sea ice is the symbol of the current climate change due to global warming and higher CO2 concentrations in the atmosphere. Sea ice is an important component of our climate system.

The high reflectivity of sea ice (albedo) returns the shortwave, warming radiation of the sun directly back into space. As a result, sea ice contributes significantly to the polar and global cooling of our planet, whereas solar energy is absorbed by the ice-free ocean. Further, even a thin layer of sea ice prevents the heat flow from the ocean into the atmosphere.

In her dissertation, Caroline Clotten studied sea ice distribution in the Iceland Sea and the Labrador Sea in the Pliocene (~ 3-5 million years ago), a period in the Earth's history characterized by global CO2 concentrations and temperatures comparable to today.

From sediment cores, she has extracted organic chemical components (biomarkers) produced by small algae that live in the sea ice. When the sea ice melts, these components sink to the bottom of the sea, marking the extent of sea ice at a certain time.

The results of the study indicate that sea ice first occurred in the early Pliocene, probably due to the formation of the East Greenland Current. In the middle Pliocene, sea ice occurred more frequently in the Icelandic Sea than in the Labrador Sea, which was probably related to the strength and direction of the East Greenland Current and Gulf Stream.

The results of this dissertation show that sea ice was present in the subarctic sea despite warm temperatures and high CO2 levels, but its distribution was depending on the ocean current strengths. The new findings can help improve climate models that predict the fate of sea ice in a future warmer world with higher CO2 concentrations. 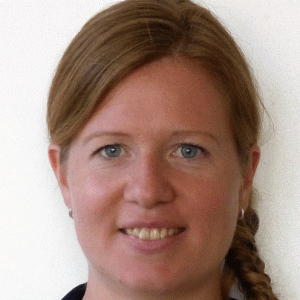 Caroline Clotten was born in 1988 close to Cologne, Germany. She studied marine geosciences at the University of Bremen, where she graduated in 2013.

The dissertation has been carried out at Uni Research Climate and the Bjerknes Centre for Climate Research as part of the project “PEGSIE: Pliocene East Greenland Current and Sea Ice Evolution” funded by the Research Council of Norway.

The main supervisor was Dr. Stijn De Schepper (Uni Research Climate) and Co-supervisors were Prof. Dr. Ruediger Stein (Alfred Wegner Institute, Bremerhaven, Germany) and Prof. Eystein Jansen (University of Bergen). During her dissertation, Caroline Clotten has been admitted as a PhD fellow at the Department of Geoscience at the University of Bergen and the Bjerknes Centre for Climate Research.