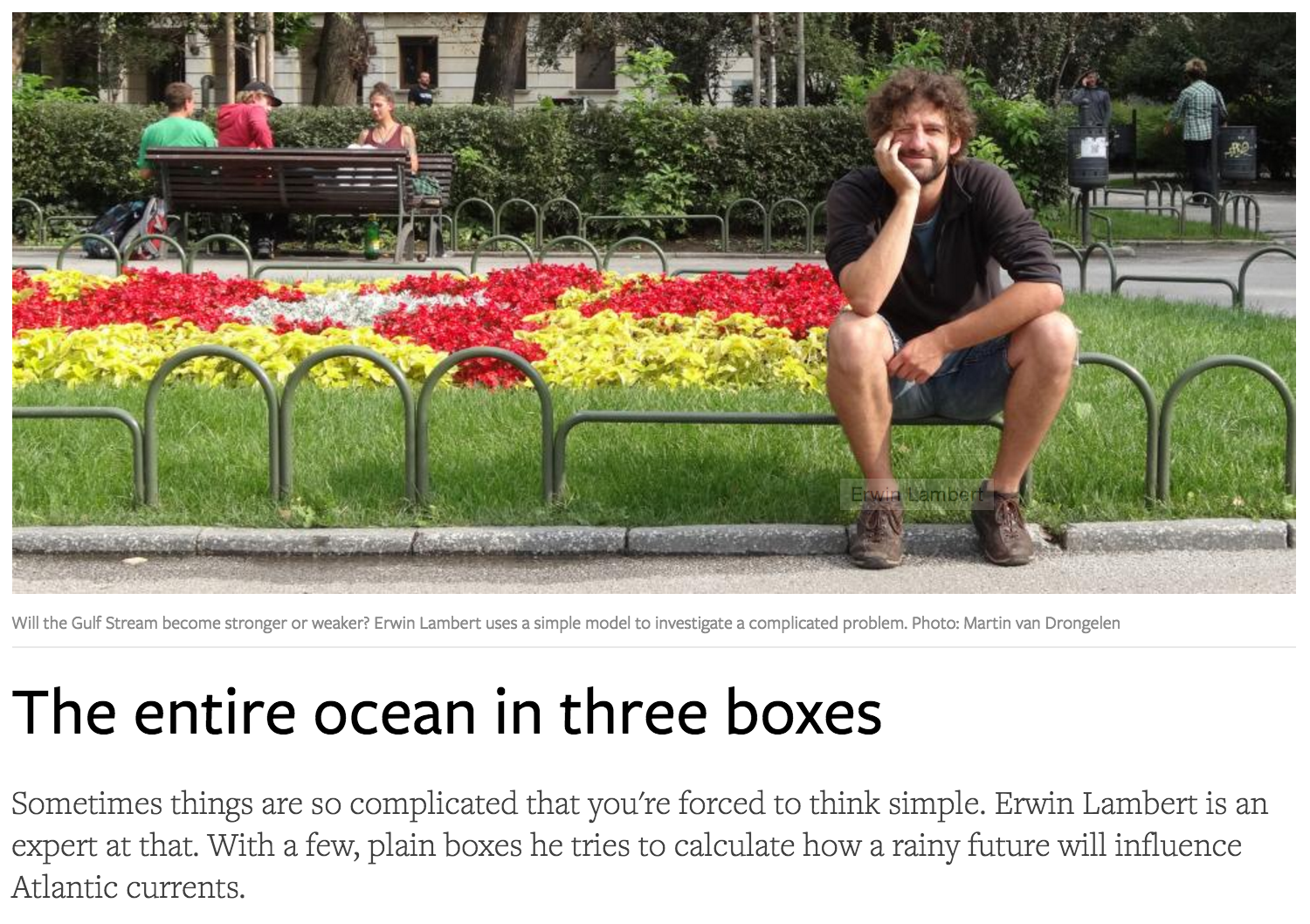 A new study from researchers at the Bjerknes Centre for Climate Research gives less reason to fear a weakening of the Gulfstream due to climate change. One of the suggested ‘tipping points’ in the climate system is a substantial slow-down or even collapse of the Gulfstream due to increased freshwater input in the northern seas. In a warmer climate, the hydrological cycle of precipitation and evaporation will strengthen, including more rainfall, river run-off and ice melt in the north. One can in its most extreme imagine this to literally shut down the large-scale ocean circulation between the Arctic and the lower latitudes.

In the article ‘How northern freshwater input can stabilise thermohaline circulation’, Erwin Lambert, PhD-student at the Bjerknes Centre and the University of Bergen, describes how the ocean circulation is affected by increased freshwater input. Lambert and colleagues show how more freshwater in the Arctic Ocean in some cases may strengthen the extension of the Gulfstream into the Arctic – just like a river in a typical Norwegian fjord is a driver for the fjord’s exchange with the surrounding ocean.

The experiment is formed in the research project North. Read the full story here: The entire ocean in three boxes

Overall objective: to assess the fundamental structure and operation of the Atlantic thermohaline circulation’s northern limb and thus constrain its mean state, variance, and sensitivity related to ob- served and projected climate change, including possible feedbacks.