Wednesday, the 12th of June, Bjerknes Centre signed a Memorandum of Understanding (MoU) with the Korea Polar Research Institute (KOPRI), where most of the nations long tradition in polar research is conducted through.

"For us this is a very attractive research partner in the region. I do hope and believe that the agreement will benefit existing and future research collaboration with Korea" says Bjerknes Centre Director, Tore Furevik.

"I look forward to see this happening."

The MoU was signed together with other MoUs between Korean and Norwegian institutions in a ceremony at Grand Hotel in Oslo, in relation to Korean President Jae-in Moon's state visit to Norway this week.

The agreement aims to undertake collaborative research based on mutural interests in global climate change and scenarios, biogeochemical cycles, and polar climate. KOPRI and the Bjerknes Centre already have projects where KOPRI is a collaborator, among these are the TABACO project, on melting ice shelfs in the Antarctic. 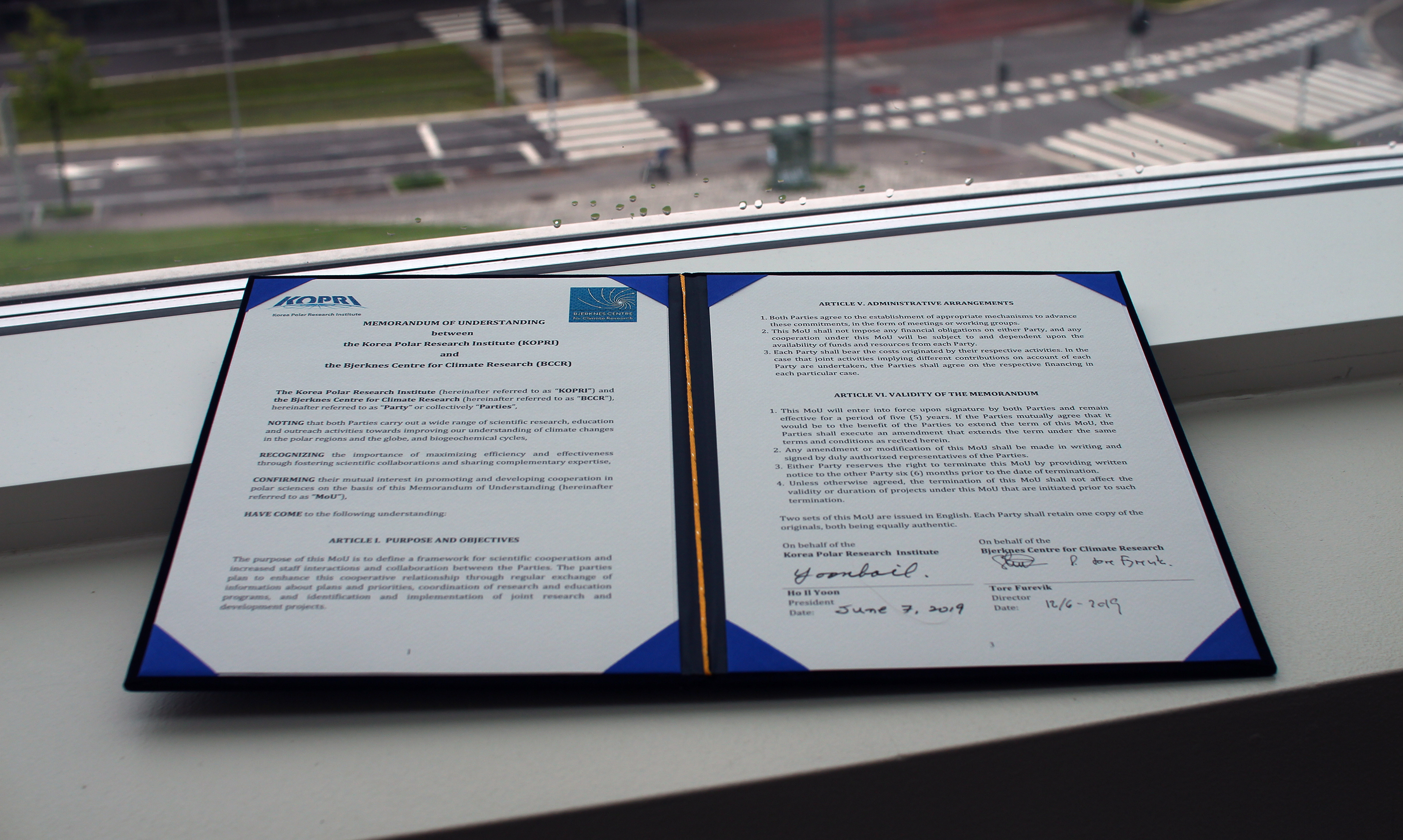 Korea is Norway's second largest trade partner in Asia, and it's the largest research nation in the world when measured in percentage of GDP used on research and development – 4.55 %.

Through the years, this is the third MoU the Bjerknes Centre has with Korean institutions, IBS Center for Climate Physics, and OJeong Eco-Resilience Institute being the others.