Balino is Regional Science Coordinator at the WCRP Coordination Office of Regional Activities (WCRP-CORA) hosted by the BCCR.

Before joining WCRP Balino was the National Coordinator of the Norwegian Marine University Consortium (NMU) an institutional cooperation agreement to foster cooperation in research, education and infrastructure among its members, and the official Norwegian academic representative at European Marine Board (EMB).

At UiB she held several positions at the Division of Research Management: deputy director at the (2016-2018) leading the expert team on externally funded research, and science advisor for marine research (2007-2009).

Her international research management experience includes the position of deputy director at the Secretariat of the International Geosphere-Biosphere Programme – IGBP (2006) and as Assistant Executive Officer at the International Project Office of the Joint Global Ocean Flux Study – JGOFS (1996-2000).

Balino holds a Ph.D. in marine biology from UiB. She has conducted fundamental and research in marine biology and fjord ecology, theoretical studies of phytoplankton dynamics and ecosystem modelling, and sea ranching of cod. She also has experience as lecturer and science advisor on marine pollution, and industrial aquaculture research on the development of novel methodologies for larval rearing of halibut and turbot. 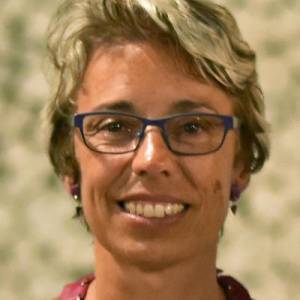