At this time of year, a long polar night comes to an end. The Arctic sea ice reaches it seasonal peak and is on its winter maximum.

This winter, it seems that the ice cover reached its maximum size already at the end of February, several weeks earlier than normal. But things might still change, due to weather conditions.

«We now experience that the trend towards less Arctic sea-ice continues, but with large variations from year to year depending on weather forcing. There is still a chance for the sea ice cover to grow, according to model simulations and sea ice predictions here at the Nansen Centre", Tore Furevik says, Director of the Nansen Environmental and Remote Sensing Centre, one of the partners in the Bjerknes Centre for Climate Research.

Since satellite measurements started 40 years ago, about half of the sea ice area in the Arctic has been lost.

«The Arctic sea ice maximum extent for winter 2022 is close to average over the last decade, but about 1 million km^2 less than the “normal” 1980 – 2010 extent. This ice loss is similar to the combined area of France and Spain. The negative anomalies now are in the Pacific and Atlantic sectors, confirming earlier expectations that the major response of the Arctic Sea ice to Global warming during winter is a gradual northward shift of the ice edge,” says Lars Henrik Smedsrud, Professor in polar oceanography at Geophysical Institute, UiB and the Bjerknes Centre.

Tore Furevik and Lars Henrik Smedsrud are two of four authors of the UNEP Foresight Brief "The Shrinking Sea Ice Cover" , together with Dr. Marius Årthun and Head of Communication at the Bjerknes Centre, Gudrun Sylte. 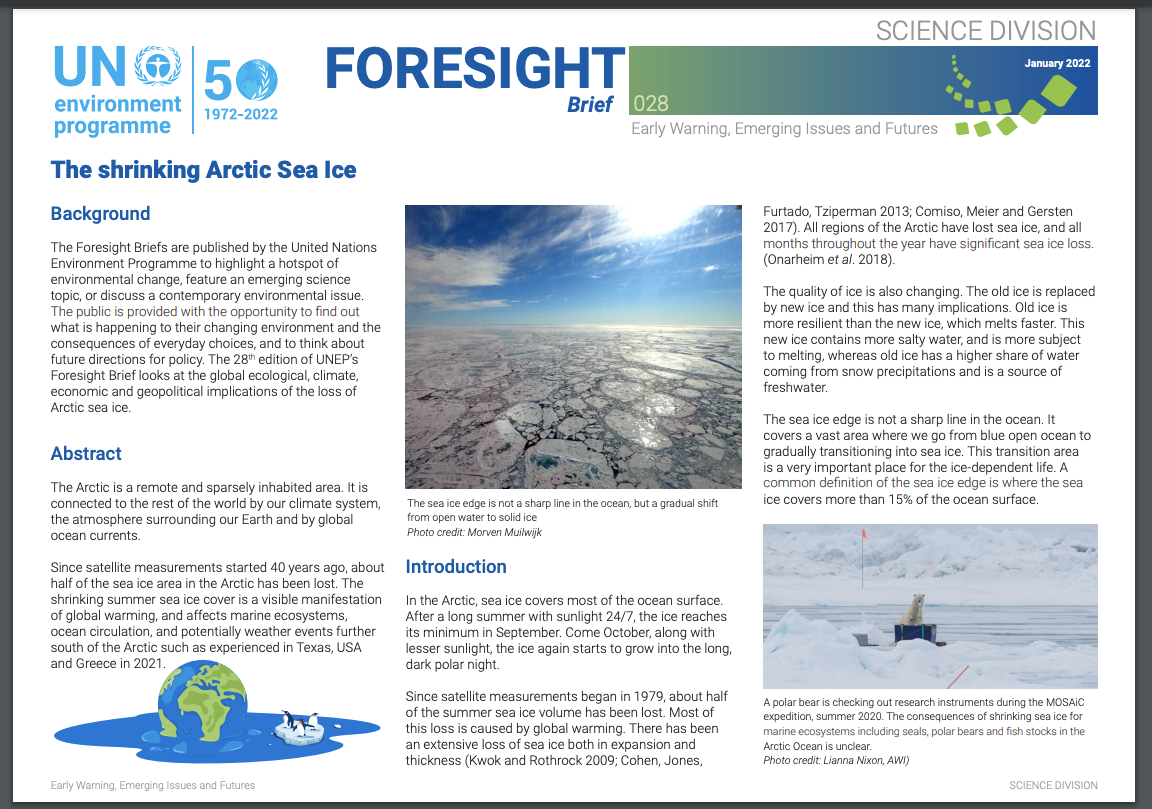