For the sixth year in a row, the Ocean Outlook conference gathers marine scientists on both sides of the Atlantic, alternating between Bergen, Norway and Woods Hole, USA.

The world situation has forced the conference to go online, from a three day full conference to a 2.5 hour set up online. The program targets the near future of our oceans, and is a scoping of the postponed full meeting which will be held in Woods Hole in May 2021.

Under the headline «The Near Future of our Oceans» the programme is set in four sessions:

A strength of the conference is the wide specter of scientists, covering many different disciplines and also the mix of junior and senior researchers, as well as people from outside of academia.

– We invite to a broad ocean mindset, which we think is necessary if we are to answer the many and growing challenges we have before us, says Øyvind Paasche who is with the Bjerknes Centre for Climate Research.

Paasche initiated the conference, and he is content to see the growing interest in the conference since it first took place in 2015.

He highlights the conference ability to address questions and themes that are at the forefront of research. One example of this is that the conference early on highlighted the role of  marine micro plastics and the need to develop a rigorous scientific framework. This resulted in a close collaboration between research partners in Bergen and  colleagues at WHOI.

A glimpse into the future

Willem van der Bilt is a researcher at the UiB and the Bjerknes Centre for Climate Research. In the session Polar Amplification on Wednesday, he will present his biomarker temperature reconstructions from three Svalbard lakes.

These reconstructions targets the warmest period since the end of the last Ice Age, the Early Holocene (11.700-8.200  BP). His reconstructed temperatures reveal that much warmer than previously reported and far exceeded modern values for a brief period around 10 000 BP.

“These findings underscore the value of the Early Holocene as a glimpse into the near-future trajectory of Arctic amplification” van der Bilt highlights. 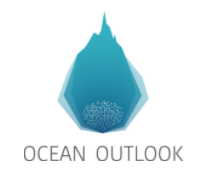 Annual meeting alternating between research institutions in Bergen with the partners in the Bjerknes Centre for Climate Research; UiB, IMR, NERSC and NORCE, and WHOI in Woods Hole, USA.

Intended to promote and sustain scientific and educational cooperation between the marine research institutions at these locations.

On May 27th we will present virtual presentations that preview the topics and scope of our next full meeting.

To review the speaker schedule and obtain Webex link access to this meeting, please go to the following website: https://web.whoi.edu/ocean-outlook/program/